In this larp we didn’t have restrictions. We just wanted to organize the coolest larp ever played in Italy. At least, that’s what I wanted.Chiara Tirabasso, Black Friday larpwright

Chiara Tirabasso is one of the many larpwrights behind Black Friday. She perfectly sums up two elements of the organizing team: a great ambition on quality for this larp and a strong authorship.The game was played two times in November 2014 and totalled 140 players. Looking at reactions and feedback from all of them based upon surveys on player  satisfaction, one can be pretty sure that Black Friday was a remarkable larp for the Italian scene for many reasons. 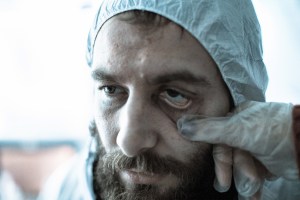 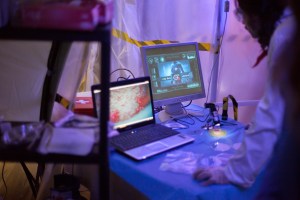 Alessandro Giovannucci, explains, “Matching with other people helps you [find] new ways. You can get inspiration from every source, but larp is a performative art like music or theatre, so it also needs practice. And you can improve it only by doing things together. You learn jazz by taking part in jam sessions, not reading books. That said, theory must not be overshadowed: most of the bad larps had too few [thoughts] behind them. My organizing team, Chaos League, has more than 20 years of experience, with a strong identity in style. But working with others is very interesting, useful, and funny. I [taught] and I learned. I hope that in Italy, we’ll have more projects like that. It’s a hard way and not many people went through it before, but the renewal of the national larp scene can begin also here.” […continue]

This site uses Akismet to reduce spam. Learn how your comment data is processed.